Blankets--the Real Stars of the Term 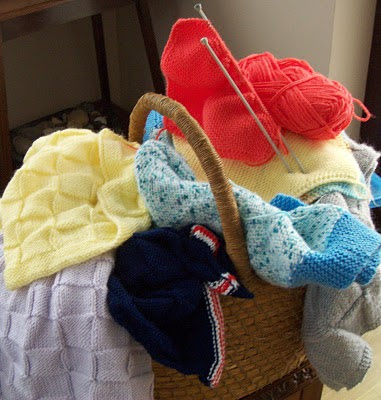 We smiled gleefully into the camera yesterday at our luncheon 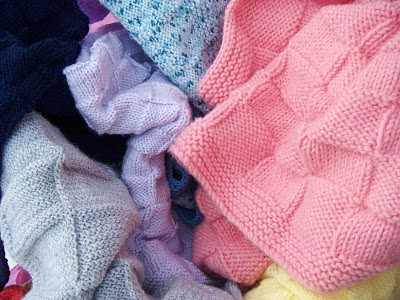 and enjoyed laughing, talking, and talking about knitting, but the real stars of the term sat 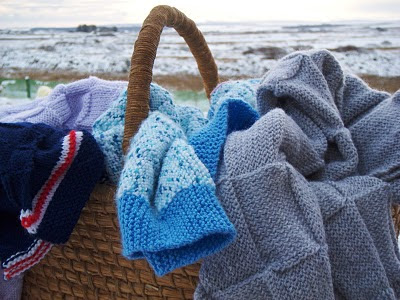 largely ignored in a large plastic box at the head of the table.

Northern Loops teamed up with Project Linus to make blankets for the Caithness and Sutherland ambulance service.

Today I tried arranging them to display the colours, the careful stitching, and the snowy backdrop symbolizing the comfort that we hope to give with our blankets.

I perched my unfinished squares at the top both to say "I'm working on it" and to represent all the stitches and all the squares made by those who did a square or a bit of one and someone else picked it up and finished it off or tucked it away for finishing in front of the fire.

Nearly a year ago Northern Loops began as a good idea without even a name. NESTA (National Endowment for Science, Technology and the Arts) offered funding as part of their Age Unlimited program. Their goal was to find and encourage would-be social change agents in their 50s and 60s to help reduce social isolation for older people.

A few fellow knitters and I filled out the application and the idea began. Along the way, it gained a name, a focus, and now we can wrap up the first term of charity knitting and look forward to the next steps--this blog is part of it, along with a proper web page, and in time a book of our own tips, tricks, and patterns.