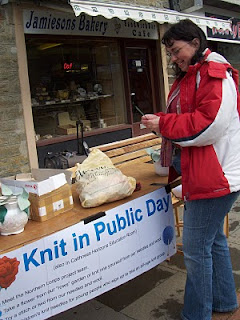 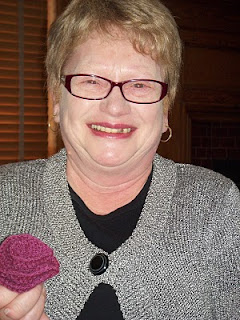 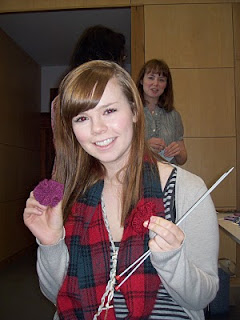 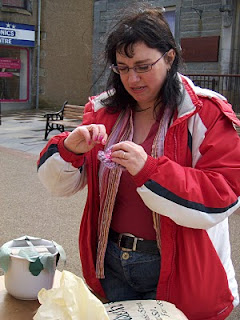 Knit in Public Day was our launch event for the Northern Loops Intergenerational Knitting Program.

When we asked the council for permission to set up on the pedestrian precinct for Knit in Public Day, they really only asked two things: were we selling something? No. Were we collecting money? No. In fact, we said we're giving away hand knitted flowers. They didn't seem to have any category for giving away things, and so they said yes.

Now knitting in public had seemed like a good idea until just a few minutes before I got to the precinct with table and baskets of knitted flowers. Stage fright nearly scuttled me, but friends soon arrived and it seemed like a perfectly reasonable thing to be doing after all.

At first folks passing by seemed to think like the council, but once they learned we were neither selling nor collecting (although a couple folks tried to buy the flower corsages), we attracted a lot of people who wanted to share their stories about knitting. We gave away a lot of flowers and collected several completed sign up sheets to test our idea of an all age knit group. That was the goal of the day for Northern Loops.
Posted by landgirl at 04:56